A Pillar of Strength in Boston’s Haitian Community 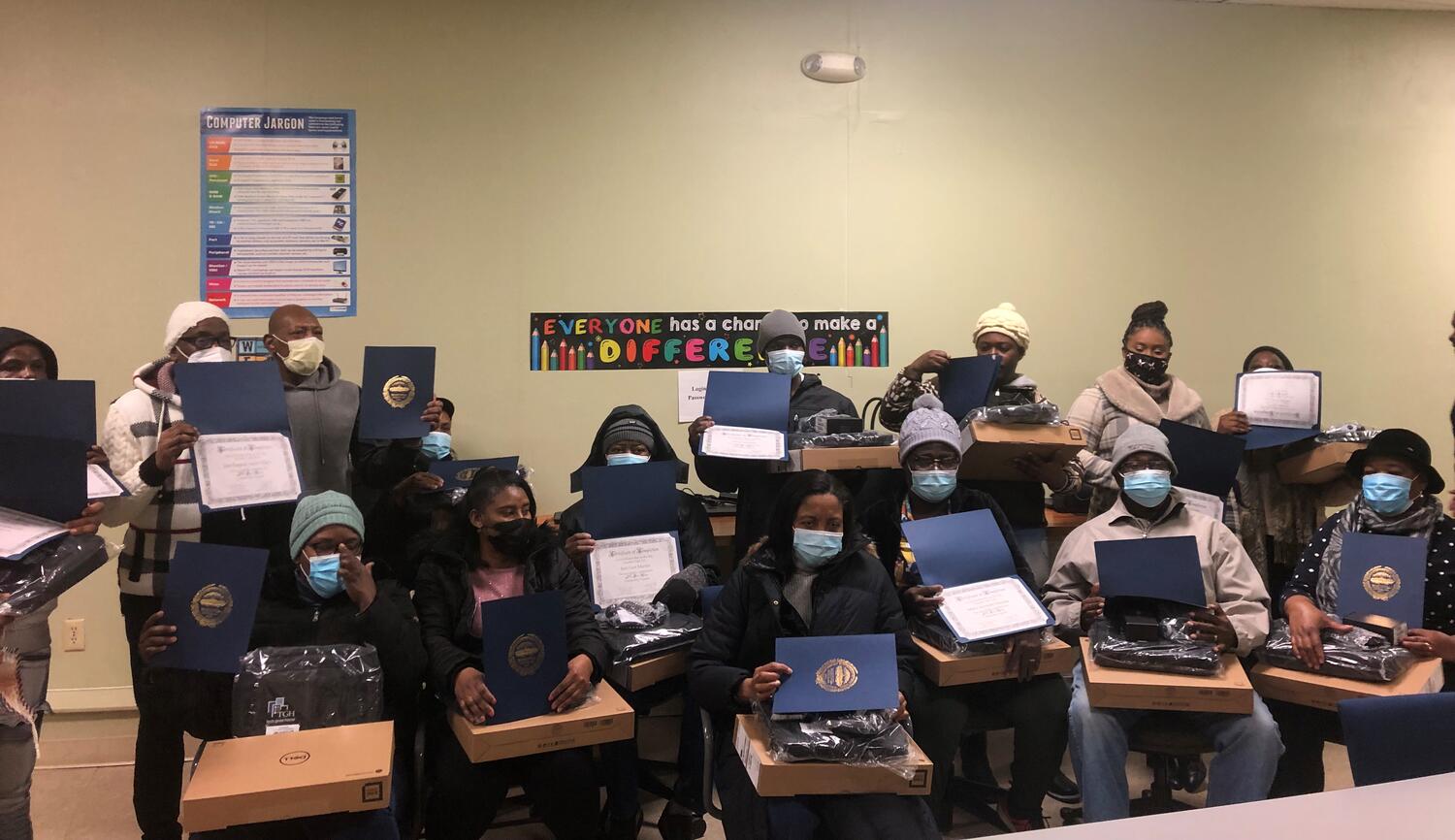 Within minutes of speaking to Gina Dessources Benjamin, Social Services Director at Mount Olives Community Center, it becomes clear how deeply she cares about the Haitian community she calls home.

“After the earthquake of January 12, 2010...I really became involved in the Haitian community,” she says. “Just feeling a need to help. To do more.”

For years, Gina worked as a social worker in historically underserved communities around the Boston area. Her experience in social work and mental health, her fluency in Haitian Creole, and her personal commitment to supporting Haitian communities led her to Mount Olives Community Center: a Haitian-led social services organization in the Boston suburb of Hyde Park.

“I was looking for a place where I could continue to serve my community,” Gina says. “We sort of found each other. It was perfect synergy.”

Mount Olives Community Center (MOCC) was founded in September 2019 by leaders of the Mount Olives Evangelical Baptist Church – an institution that had long been a pillar in Greater Boston’s Haitian community. Since then, the two institutions have worked in close partnership.

Says Gina, “The center was launched as a way to continue providing social services to members of the church, so that the church could then focus on the spiritual growth of the community.”

MOCC’s deep roots in the community allowed the organization to launch programs it knew its members needed. MOCC volunteers organized food drives that eschewed canned goods in favor of Haitian staples like beans, rice, and plantains. Its leaders taught digital literacy programs in Haitian Creole so that older adults and recent immigrants who were more comfortable speaking Creole than English could use computers to navigate a complex web of social services.

But the true impact of MOCC’s work would become clear just six months after it was founded: at the onset of the COVID-19 pandemic.

A community-centered response to the COVID-19 pandemic

“The COVID pandemic has really hit our community hard,” says Gina. “A lot of the folks that are served by Mount Olives Community Center are frontline workers, or people who were working in the hospitality industry – people who were financially impacted by this.”

When the crisis struck, MOCC acted fast. Recognizing quickly that food security would become an even greater issue, Gina worked around the clock to secure funding for food drives from local donors. The MOCC team also reached out to a wide network of partners from across Boston to acquire computers and tablets for people who suddenly needed to work or study from home.

“There's a lot that goes on behind the scenes,” Gina says. “Maintaining relationships, talking with partners, talking with funders, and the reporting. It's very labor intensive and requires many hands, and people often think that we have a whole team...and we don't.”

But the impact Gina sees in her community makes the hard work worth it. Thinking back to an early digital literacy class, Gina recalls, “I remember the first graduating class somebody came up and said, ‘I've never graduated from anything. This is the first time my name is on a certificate.’”

MOCC helped its community weather the COVID-19 pandemic. But Gina wants MOCC's work to expand beyond crisis response – and she’s clear about what the organization needs to grow.

“How do we sustain ourselves well beyond COVID, ensuring that the impact on the community is lasting?” she asks. “It's great to have funding for programs, but...we really need to build a strong, sustainable foundation in order to continue delivering these great services well into the future.”

Gina knows that for MOCC – and the community it serves – there’s a lot of work ahead. But to her, the story of the Haitian community has always been one of hope.

“We have somebody who graduated from that first digital literacy class that has come back to teach,” she says. “It was so important to him...to be able to share the knowledge that that he gained through our program.”

“We're the first Black nation to gain its independence...the slaves revolted." she continues. “The Haitian people are strong, resilient, and have a long history of being victorious and triumphant despite very difficult circumstances.”

This work will remain challenging. But to Gina and her colleagues, it will always be worth it. “It’s a way of serving our people, and it's a service to God,” she says. “It really is an honor and a privilege to be able to serve.”

Over the past two years, MOCC has participated in both group and one-on-one consulting engagements with NFF. To learn more about our consulting services for nonprofits, visit the Consulting page of our website.

Want to learn more about MOCC? We conducted an interview with Gina as part of our ongoing Where We Go From Here video series. Watch the video here!