How one nonprofit adapts to community needs – and delayed government contracts 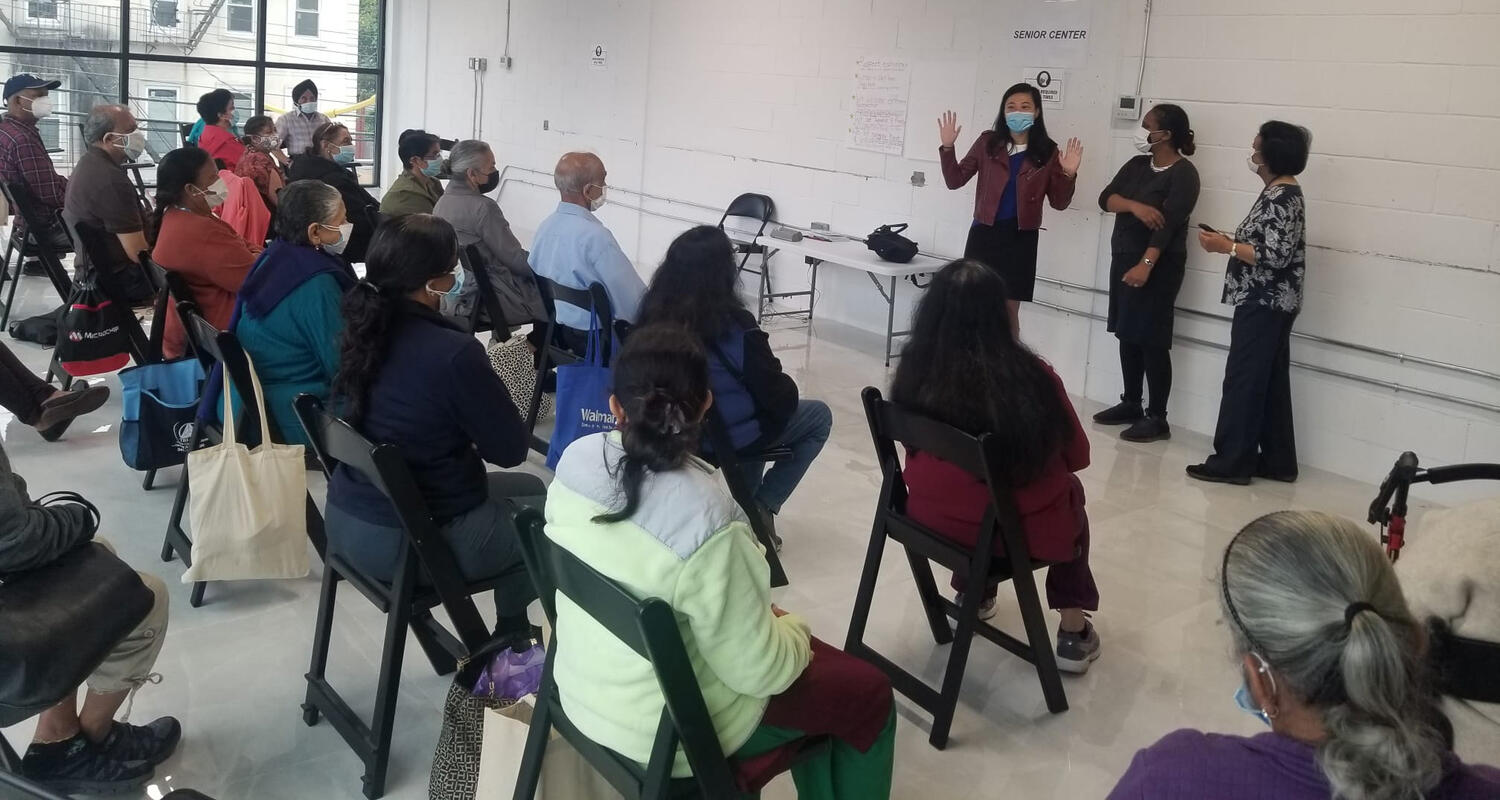 The idea for New York’s first South Asian food pantry arose when a woman undergoing chemotherapy came to South Asian Council for Social Services (SACSS) looking for the healthy, comforting food she grew up with. The local food pantry had no spices and no fresh produce, and she couldn’t afford to buy those things herself.

As nonprofits are accustomed to doing, SACSS improvised. While it wasn’t part of their job descriptions, staff got the woman groceries. But the experience left them wondering whether there might be a more sustainable way to provide familiar staples for the South Asian populations SACSS served. “If a food pantry does not give you what you eat, it doesn’t help the people, right?” asks Sudha Acharya, founder and Executive Director. Starting out serving 50 families, the food pantry quickly grew to serve over 1,200 people each week with South Asian staples like lentils, rice, and spices alongside milk, juice, and beans.

SACSS’ staff speaks 19 languages to serve its diverse Queens community, and this focus on language and cultural competency is the nonprofit’s greatest asset in building trust and working with the communities it serves, says Acharya. “If they know that you understand them because you know their culture, that is the first thing which makes them believe in you.”

Since its founding in 2000, SACSS has adapted time and time again to serve its community of primarily South Asian immigrants with new programs ranging from the food pantry to medical assistance and civic engagement classes. “People’s needs change. The priorities change,” says Acharya. “We need to be able to pivot to other services that they may need.”

In SACSS’ early days, that meant hiring social workers and mental health professionals to deal with the trauma of the September 11 terrorist attacks, their aftermath, and the hate crimes many community members experienced in its wake. During the Great Recession, it meant focusing on job training.

Then came the COVID-19 lockdown. SACSS temporarily shut down its food pantry, moved most of its programs online, and added new programs to teach clients how to use laptops and cell phones. When their clients depended on them most, SACSS quickly adapted to respond to their needs.

But the pandemic soon created a massive cash flow issue for SACSS, which had operated successfully for years without using a line of credit. In the spring of 2020, SACSS was owed by government contracts about the same amount that it had in reserves. A pandemic-induced backlog in government contract processing threatened to shrink SACSS’ balance sheet drastically.

For years, SACSS and other New York City nonprofits had regularly struck a tenuous balance with government funding, accepting that both New York State and New York City contracts would not be registered on time – meaning that nonprofits would be reimbursed late for providing essential food, healthcare, and shelter. But in the early days of the pandemic, this proposition became incredibly risky as contract registrations and reimbursements were delayed far beyond the usual amount.

SACSS – along with hundreds of other nonprofits that provide essential services – needed money to pay for programs while waiting for that contracting money to come in. SACSS began fundraising to cover its costs, and also received a zero-interest, no-cost loan from Nonprofit Finance Fund (NFF).

“Whenever something like this happens, it is so important to have unrestricted funds,” says Acharya. “The interest-free loan that came from NFF was extremely useful because during that time it gave us a sense of stability.”

The loan came through the NYC COVID-19 Response & Impact Fund, through which NFF provided $37 million in no-interest loans to health, human services, and arts and culture nonprofits meeting the critical needs of New Yorkers.

Bolstered by that loan, plus a Paycheck Protection Program loan and foundation funding, SACSS found itself again on firm financial footing, and was even able to purchase a building for its new community center: two full stories and a basement to house the food pantry, more gathering space, legal clinics, physical and mental health services, and educational programs.

The challenge of delayed government payments remains. A 2022 task force found that a staggering three-quarters of New York City contracts were not processed until after the start date. Those delays have left many nonprofits scrambling to cover the cost of their work until reimbursement from the city begins months – sometimes over a year – later.

For Acharya, this just means being prepared to adapt again: “We know things can happen all of a sudden. We have seen each nonprofit has to have some reserve funds. ... You need to have some funds so that when something hits you, you don’t need to give up staff. You don’t need to back up. When something happens, that’s when people need you – your community needs you.”