To keep caring for the homeless, they needed a home of their own 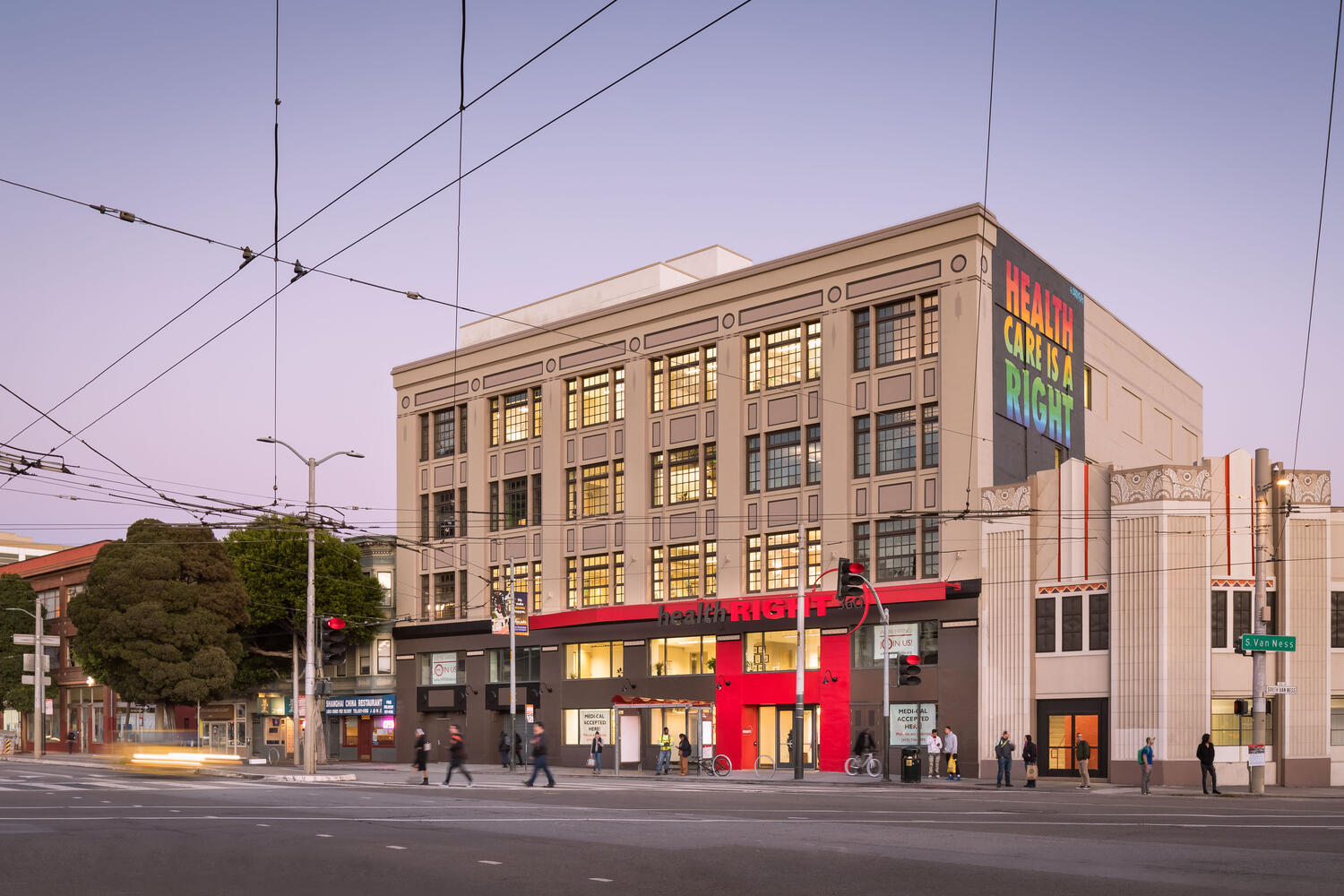 HealthRIGHT 360 is a lifeline for residents of the San Francisco Bay Area and Southern California. In San Francisco, a city that is facing soaring homelessness and rapid gentrification, HealthRIGHT 360 is responding on the ground, providing treatment for people with mental health and substance use disorders and offering integrated medical and behavioral health services, and vocational and housing services for people transitioning back into their communities. It also operates a mobile medical clinic that brings services directly to people living on the street.

For decades, it did all of this without a state-of-the-art, centralized medical care facility. To expand their reach and respond to growing need, they embarked on a capital campaign to acquire and repurpose an old building in San Francisco’s Mission district – the center of the city’s homelessness crisis.

“Our capital campaign fell short both in amount raised by the time we needed the capital to be available,” he said. “The increased costs and the capital campaign shortfall delayed us being able to offer expanded services – but our business model depended on us ramping up our services quickly to minimize duplicated operating costs. The delay created cash flow and liquidity challenges.”

Duong said this was particularly worrying because the new facility would be housing several programs that had been located in leased facilities that were slated for redevelopment in the near term.

“The rental market here is outrageous, particularly for organizations providing safety net services. A replacement site would have been impossible to find. It was a real risk for our business and services,” said Duong.

HealthRIGHT 360 looked for a loan from commercial banks to bridge the funding gap but couldn’t meet their collateral requirements. Duong said that Nonprofit Finance Fund (NFF) has an expanded, less restrictive definition of collateral and advanced a portion of the unraised funds, ultimately lending $8.5 million.

“NFF took the time to understand the business and take risks other lenders wouldn’t have,” Duong said. “It provided us the capital and liquidity we needed.”

HealthRIGHT 360’s Integrated Care Center opened its doors in August 2017 and were so inundated with requests for care, they expanded services during the first year of operations. They were so busy that within a few months the building was already proving to be too small. Duong said they are exploring ways to reconfigure the building to create more treatment rooms. Because they are in a strong financial position, expanding isn’t as fraught this time.

“Once the organization stabilized, we were able to go out into the bond markets,” Duong said. In December 2019, HealthRIGHT 360 had a $60-million social bond offering, going direct to market for the first time and becoming oversubscribed, ending up with 17 investors in the deal.

According to Duong, it was quite a turn of events, given the last time the organization needed financing.

“Investors are taking a chance with the organization,” he said. “It’s unusual and surprising – in a good way.”

This story was written as part of NFF's 40th anniversary celebration. And if you are interested in applying for a loan? Click here to learn more about NFF's financing options.