Teaching reading and learning to lead 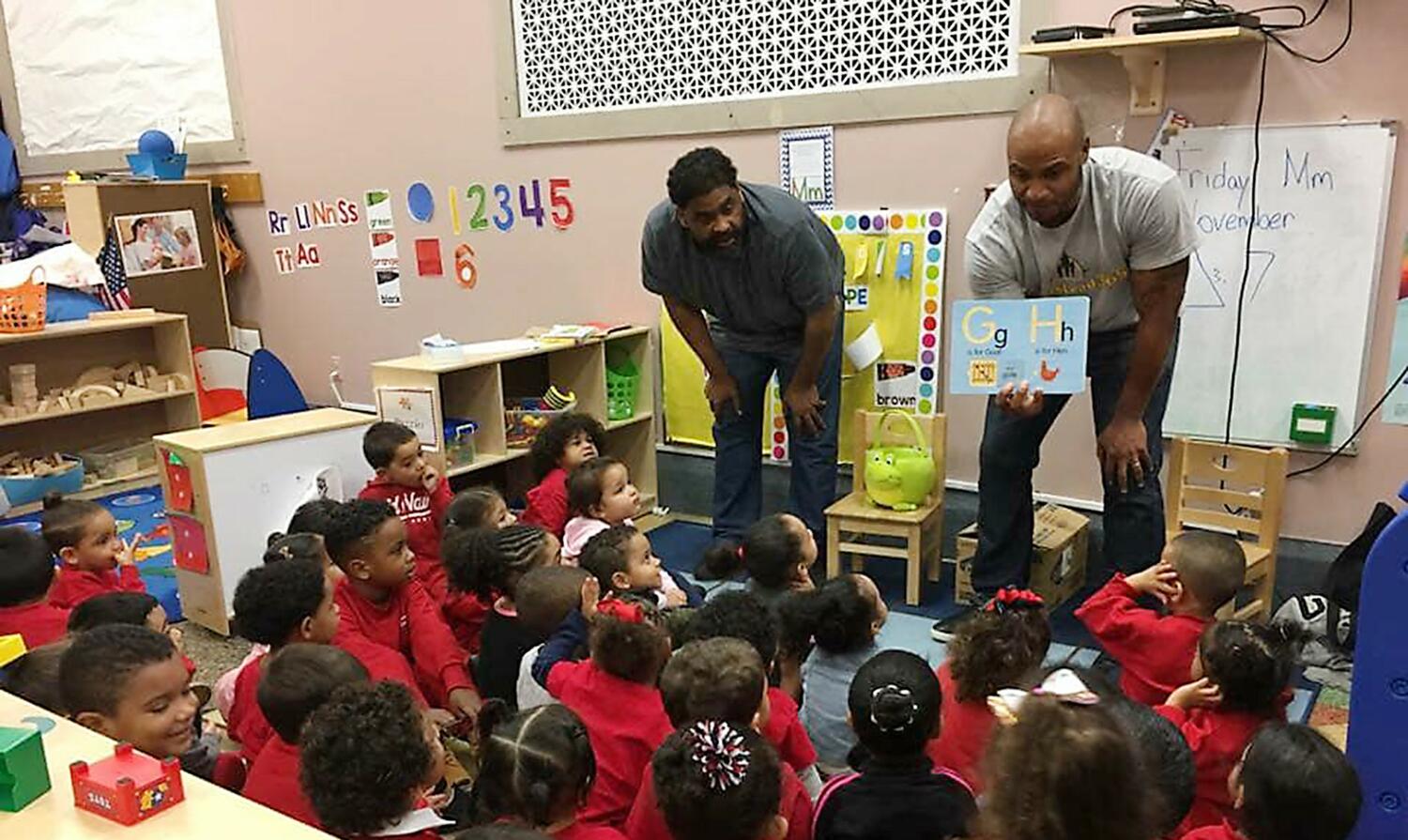 Akeiff Staples and Brent Johnstone decided to start FathersRead365 to get young people engaged with positive male role models in communities that have experienced decades of disinvestment.

Staples and Johnstone wanted to tackle the roots of how young men were winding up in detention centers. Through research, they discovered that many incarcerated youths had some form of illiteracy and lacked male role models, which they found to be true after working in the juvenile justice system, along with other youth advocate positions. “It was one of the most heartbreaking, frustrating feelings, to have to lock that door, lock them in as my job,” said Staples.

“Most of those kids in there were just sweet kids who couldn’t really read,” Johnstone said.

The two men, who met playing football at Temple University, set out to make a difference for young kids in their community in Philadelphia. They started reading to children at childcare centers and grade schools. They were usually the only men to volunteer.

"It’s important for kids to see fathers and father figures taking an interest in reading and spending time with them,” said Johnstone. “We want to make it more common.”

As their program grew, they worked to recruit other men in the community to join them.

“It’s a misconception that dads are not there in the poor neighborhoods. They just need to be engaged,” Johnstone said. “We teach the dads the ABCs of active reading and show them how much fun you can have reading with kids.”

Some dads are resistant at first. Johnstone recalled one father who announced at the beginning of the session he could only stay for 15 minutes but wound up being the last dad to leave.

“It’s not a hard sell once you get them on the floor laughing and playing with the kids,” said Johnstone.

Weeks later, Johnstone ran into that reluctant dad. The dad remembered Johnstone and told him that he’s now reading to his kids.

Though they were making an impact in the community, Johnstone and Staples were not finding the funding they needed to be able to fully devote their time to FathersRead365. Both relied on other jobs and projects for their income.

They moved toward changing that in 2019, when they linked up with Nonprofit Finance Fund’s (NFF) early childhood coaching cohort funded by the Vanguard Group Foundation. Through regular meetings to review their budget and strategy, the two men got a crash course in how to better understand the budgeting portion of their nonprofit organization.

One of the first things the coaching helped them with was confidence.

“When we sat down with them and realized how much money we had raised, just me and Akeiff, from nothing but dust, it was like ‘wow.’ I felt proud of us,” said Johnstone. "We had done a lot and it made us feel like we’ll do more.”

In addition to working on creating a budget and strategy, NFF helped Johnstone and Staples realize they wanted to focus their resources on their mission.

Today, Johnstone and Staples are able to pay themselves a salary so they can concentrate on recruiting dads, buying and distributing books to children in the community, and making a documentary about their story to help spread their message of literacy and male engagement.

They’re hoping increased attention on criminal justice since the protests set off by the murder of George Floyd will help raise awareness of what they’re doing.

“There’s focus on social and racial justice now, but we’ve been screaming about this forever,” said Johnstone. “Justice means changing the criminal justice system, and what we’re doing is saying there’s a better way than sending our kids there. Let’s invest in that.”