Thirty Dollars and a Dream 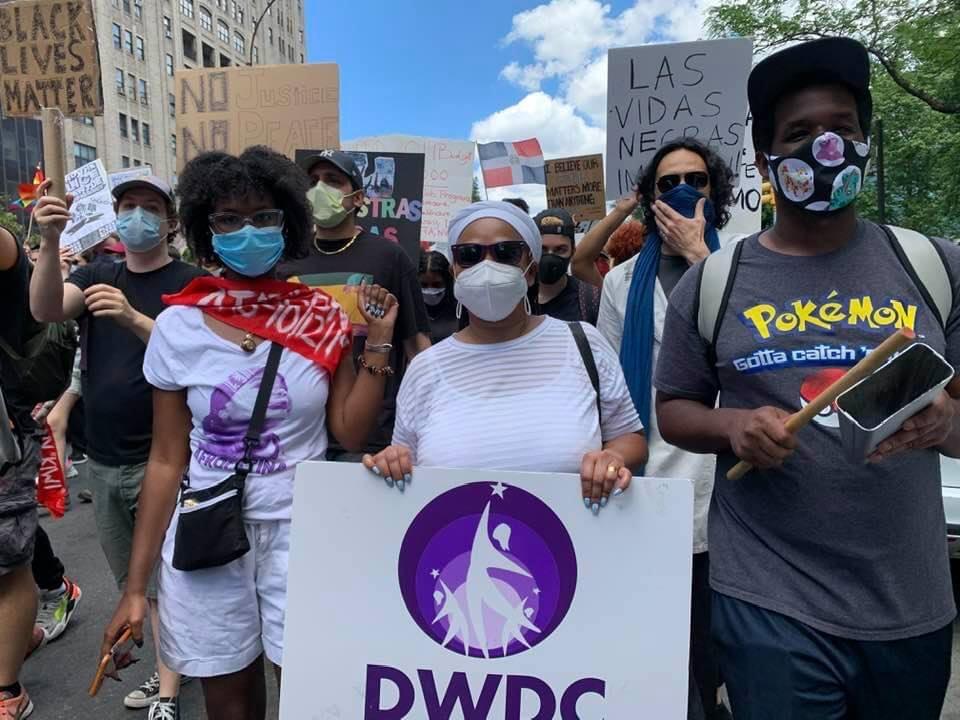 Dominican Women’s Development Center (DWDC) provides vital services to Latinx and immigrant women and their families in the Manhattan neighborhoods of Inwood and Washington Heights. The organization was founded by nine women with an initial budget of $30 – one dollar each from its first members, all women from the communities the organization planned to support. Thirty-three years later, the organization has grown exponentially; today, it offers English courses, GED support, childcare, sex education for both youth and adults, a safe space for LGBTQ+ young people, domestic violence support, and more.

After initially working with DWDC as a client on the consulting side of Nonprofit Finance Fund, we recently closed our first loan to the nonprofit: $250,000 in working capital that the organization will use to bridge often-delayed contracts with government agencies. In this interview, co-founder and executive director Rosita Romero shares the organization’s story – and her vision for a more equitable funding system that would help nonprofits like DWDC flourish.

We love the “origin story” of the Dominican Women’s Development Center. Can you tell us about how DWDC was founded?

The Dominican Women’s Development Center was created 33 years ago by a group of nine Dominican women who were concerned about the economic and social reality of Dominicans – in particular, Dominican women, immigrants, mostly-low income, living primarily in the community of Washington Heights.

We invited a group of women from the community to be part of the organization, and we told them about the services that we wanted to provide – ESL, job and employment training, personal development. And we told the women, “If we are going to move from being a group that meets regularly to a service-providing organization, we need to have a budget.”

So, we passed around a hat. We said that everybody has to contribute something, even if it is a dollar. We had thirty women in the meeting, so we started an organization with thirty dollars and a dream. And now, we are the largest Dominican-created organization in the country. We have a multi-million dollar budget, three different sites, six different programs, and 80 employees. I think that we have come a long way.

What were your goals when you founded this organization?

As minority women who come mostly from working-class backgrounds, we know that we have to work hard. We know that things are not going to be handed to us easily. We know that racism manifests itself in many different ways. And one of the ways in which it does is undermining and undervaluing what we can do for ourselves as a community.

We want to have power, and we don't apologize about wanting power, because our community needs power. As women, we need power. And we believe that we have earned that power by the hard work that we and our ancestors have done. We know that our parents, grandparents, and great-grandparents contributed to the wealth of this country, either here in the US as slaves or in our own countries as domestic workers.

We know that we have the power to make something out of nothing. We are not just recipients of wealth. We are creators of wealth.

Can you tell us more about yourself? How did your own journey lead you here?

When I was growing up in the Dominican Republic, my mother would feed the children and serve our meals all on one plate. Rice with chicken, salad, whatever. And then when my father came home a little bit later, she would serve him buffet style. So, I asked my mother one time, “How come you serve us with one plate and serve my father buffet style?” And she's like, “Daughter, that's the way it is.”

From the early age of 10 years old, I noticed that there was a difference in how men were treated in the Dominican society. They have what I later learned to call “male privileges.” I would say that I've been a feminist since I was ten years old – when I first made that connection.

And since you’ve founded DWDC, your organization has provided services that have helped thousands of people flourish. But the systems that you operate in haven’t always made that work easy. If you could wave a magic wand, what’s one thing you'd change?

We have proven that we are a hard-working community. We are not asking for handouts. We're asking for opportunities.

But there were many commercial banks who refused to give us a credit line based on small deficits of thirty, thirty-five thousand dollars – when we know that in corporate America there are companies running with larger deficits who are declaring bankruptcy because they're going to derive a much larger benefit. The banks in our communities are benefiting from the investment, the savings, and the meager deposits of people who have been working hard – but they are not giving back to the community. They're taking our money and they're investing money supposedly on our behalf, but we're not seeing the benefits.  Many of them are not reinforcing the Community Reinvestment Act (CRA).

At the same time, the bureaucracy of the government has been suffocating us because we are expected to provide services with no advance and then be reimbursed. There is a lot of unfairness in that system – and, frankly, abusiveness – on the part of the government. The late contracts also put us at a disadvantage because we don’t get reimbursed until several months after we make the expenses. They were not giving us the working capital and they were not registering contracts on time. The expectations of the government need to be revised because they are completely unreasonable.

The loan from the Nonprofit Finance Fund allows us to upfront the money. Once we provide the services, then we can bill the government. It’s such a basic formula… it’s not rocket science!

What are you proudest of?

We have proven that we can take care of people and our community. We can be the founders, the executive directors, and deliver the services in a way that is culturally competent and acceptable to the community. We can have Latina women on our board.

There are many people who thought that we wouldn't make it. We proved them wrong. We have made it. We know that the Dominican Women's Development Center is here to stay and we have demonstrated our ability to remain vibrant.

Read more stories from the nonprofits we work with on the Stories section of our website.