Beyond the Bottom Line: The Ali Forney Center 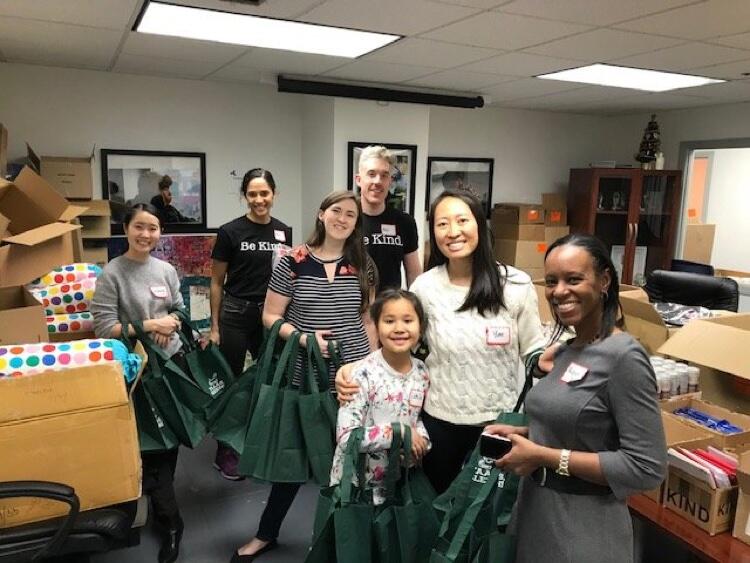 Returning from maternity leave in September, the very first borrower I was assigned was the Ali Forney Center (AFC). I quickly started to dig into the organization’s financials, put together a due diligence checklist, and started a list of questions.

I learned a lot about the organization on paper – but I only began to understand the true magnitude of their critical work with homeless LGBTQ youth when our lending team visited their drop-in center in Harlem. The building was hard to find given the lack of signage outside, which I later learned was intentional, to protect the privacy of their clients. AFC’s Director of Development, Alex Roque, told us the history: Ali Forney was an African-American, gender-nonconforming youth who was rejected by his family and fled his home at 13. He entered the foster care system, was bounced around to several homes, and was beaten and abused. From the age of 15 he lived on the streets and was a public advocate for the safety of homeless LGBT youth. At age 22, he was shot in the head and left for dead. His murder was never solved.

As a mother of two young kids, it was hard not to have a visceral reaction to hearing how a human being could be discarded by his own family and be safer on the streets than in the care of the people and institutions that supposedly exist to serve and protect him. I felt anger at the lack of justice for his murder, and an utter sadness at the price he paid for trying to live his life authentically. It made me think about my cousin who had recently come out as bisexual, to the surprise of our (very conservative Chinese) family. Unlike many of the youth AFC serves, at least my cousin’s financial independence meant that family acceptance or rejection wouldn’t determine his actual survival.

AFC was founded in Ali’s memory in 2002 with six beds in a church basement. Today it’s the largest agency in the US dedicated to LGBTQ homeless youths, assisting nearly 1,400 youths each year through a 24-hour Drop-In Center that connects them with shelter, meals, showers, medical and mental health services, and job-readiness programs.

NFF supports AFC through a $1.5 million line of credit to help smooth out the organization’s cash flow due to delays in government reimbursements. But I knew that simply underwriting a line of credit was not enough for me, so I embarked on myriad volunteer efforts with AFC. Along with two colleagues, I participated in a speed-dating career event where I expected to talk about community finance to young people unclear about their futures and in search of guidance. To my surprise, the young people we met were all so full of life, vision, and eagerness to achieve their dreams. I left feeling that any advice I had offered them paled in comparison to the inspiration I took from their tenacity and hope even in the face of so many life challenges.

Next, I went with two colleagues and my 7-year-old daughter to stuff holiday gift bags for the 158 young people who spent Christmas Eve in AFC’s care. Generous gifts from corporate donors went into customized bags for each shelter or transitional housing building; everything was thoughtfully planned out, with great holiday spirit. And since AFC is always looking for clothing donations, especially business attire for job seekers, I reached out to my New York colleagues and, in a great demonstration of NFF’s Generosity of Spirit value, we collected five large bags of clothing in just a few weeks.

I am so inspired by the courage of the youth AFC serves, who decide to live as their true selves despite great risks and challenges. I am grateful for organizations like AFC that support them on the road to becoming independent and self-sufficient adults. It’s the same thing I aspire to do for my kids.